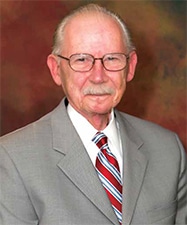 Dr. Robert W. Woods received his Master’s and Ph.D. degrees from Purdue University. He was Professor of Audiology for nine years and Adjunct Professor for seven years in the Graduate School at Columbia University. He was an Adjunct Clinical Professor of Audiology at The College of New Jersey and is currently Adjunct Professor in the Doctoral Program in Audiology at Montclair State University. Licensed both as an Audiologist and as a Hearing Aid Dispenser, Dr. Woods has been founding director of Speech & Hearing Associates since 1969. He has lectured extensively in the United States and as an invited lecturer in Great Britain, Germany and the former Yugoslavia on topics ranging from Diagnostic Audiology to Hearing Aid Fitting and Dispensing.