Worried that your child’s vocabulary is not where it should be? Speech and Hearing Associates is here to show you what steps you can take to help your child succeed. 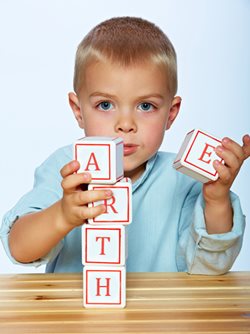 Did you know that:

It is important to encourage children’s vocabulary development so that they develop the language and literacy skills necessary to succeed in school. The adults in a child’s life play a significant role in helping a child learn new words. Through everyday conversations and interactions, caregivers use unfamiliar words and talk about what words mean, which helps expand a child’s vocabulary. In fact, the number of words a child is exposed to by his parents relates directly to the size of the child’s vocabulary [3].

A recent study about vocabulary

However, it’s not just about how much you say, but also about what words you use that makes a difference to a child’s vocabulary. In a 2012 study, Meredith Rowe looked at the factors that contribute most to a child’s later vocabulary development. She studied the vocabulary of 50 young children when they were 18, 30, 42, and 54 months of age, as well as the amount (quantity) and type (quality) of words the parents used with their children. She found certain factors that contributed to a child’s vocabulary one year later, such as the parents’ education and the child’s previous vocabulary. But some of her most interesting findings were that:

Rowe concluded that “quantity…is not the whole story” and that these other influences also have an impact on children’s vocabulary [2, p. 1771]. This is important information, as much literature that advises parents about children’s speech and language development encourages parents to talk to young children as much as possible (quantity). But Rowe’s study highlights the importance of quality, especially for children aged 24-48 months. Parents should try to keep one step ahead of their child – modelling words and concepts that are slightly beyond their child’s level to help his vocabulary grow.

How to help your child learn new words

From Rowe’s study, we know that:

This tells us what to say, but what about how to say it?

Here are some tips to keep in mind when modeling new vocabulary for your child: